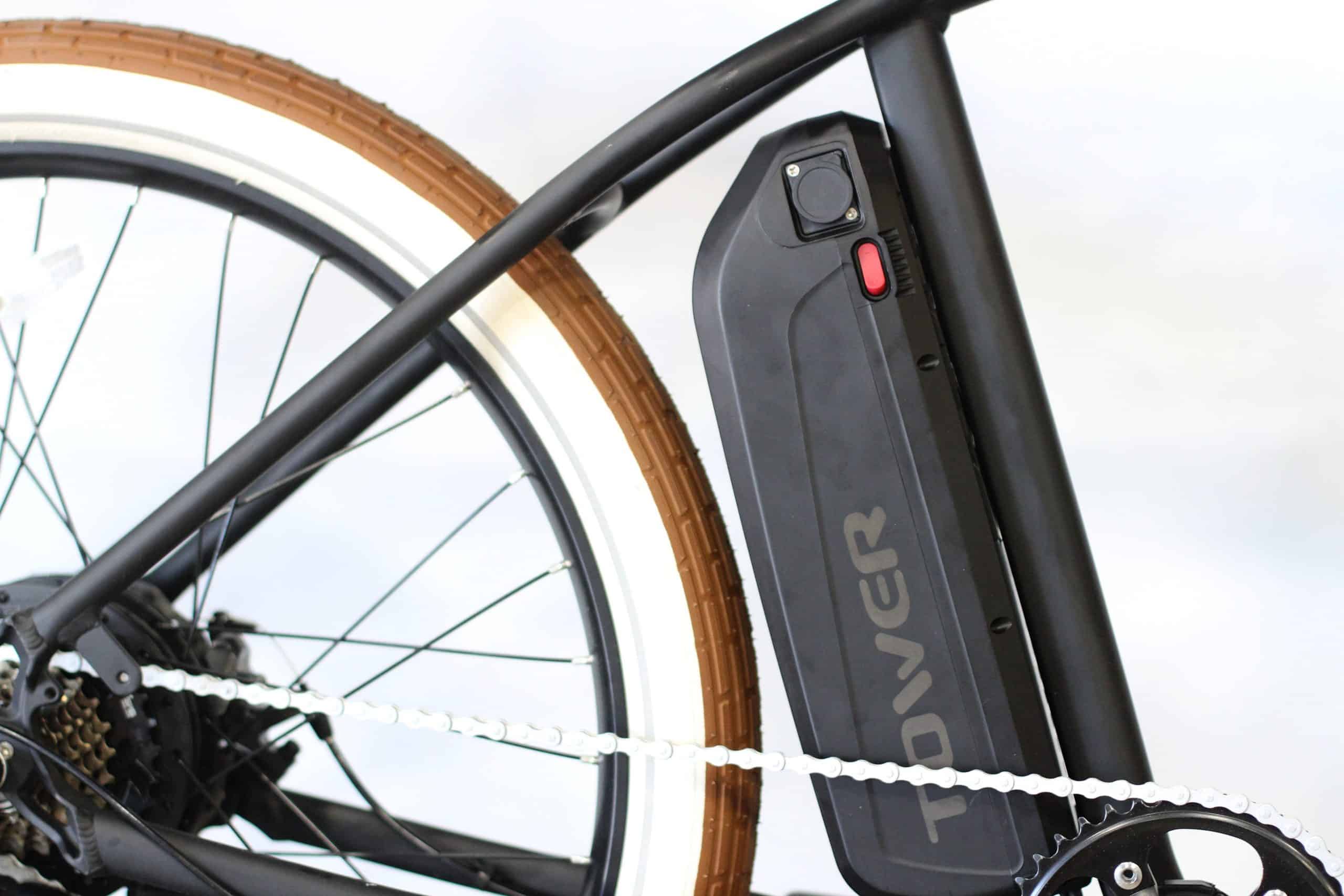 It goes without saying that one of the most expensive and crucial components of your electric bike is the electric rechargeable battery. Taking care of your battery is crucial if you want to enjoy electric bike.  In this article, we will discuss some essential tips to help you charge your e-bike battery for the first time as well as on-going.

When charging your e-bike battery for the first time, there are several critical factors to consider such as: charge time, chargers, electric appliances, and how to charge. When implemented properly, it improves the durability, efficiency, as well as the lifespan of your battery.

it is best advised that you should use only authorized chargers provided by your e-bike manufacturers when charging your bike battery, especially for the first time. Avoid using other types of battery chargers even if it works for your bike, as this might lead to the damage of your battery cells.

While charging your e-bike battery, connect the charger directly to a wall socket and avoid using other appliances like extension cords. This will help to improve the efficiency of the charge.

Every e-bike battery is different and comes with their own set of instructions for proper charging. Carefully read the battery manual to learn its appropriate charge method before charging it for the first time.

How Much Electricity Does An Electric Bike Use?

People often do not know how much electricity their electric bike consumes, and even when they are told, they find the measurement terms quite confusing. Here is a break down of your e-bike’s power consumption measurements:

The question of how much electricity an electric bike uses is often dependent on the battery capacity of the bike- which varies from bike to bike. However, the standard general electricity usage for electric bikes usually fall in the range of 400 – 500 watts per hour (WH) or about 0.4 – 0.7 kilowatts per hour.

The noted power consumption capacity helps to automate the pedaling process of your e-bike. The more power capacity for your bike allows it to accelerate better and faster.

Here is a further breakdown of the e-bike power measurement to help you get a better appreciation of how much electricity your electric bike uses.

The analysis of power consumption in e-bikes is usually done in un-prefixed watts per hour. Knowing the worth of watts that your bike uses when converted to other power measurement units helps to appropriately answer the question of how much electricity your electric bike uses. One thousand watts is equal to one kilowatt, which in turn equals to about 1.34 horsepower (hp). However, power as much as 1 hp is considered to be too much for an electric bike. Instead, power capacities in e-bikes fall within the range of about 250 to 900 watts, which is around 0.3 to 1.2 hp if measured in the capacity of horsepower, as done in cars.

The logic here is that having more electric power capacity affords the e-bike a capability for higher acceleration rates and the ability to carry heavier weights than other bikes with smaller power capacity, especially when climbing hills.

How Long Does It Take to Charge an E-bike Battery?

Figuring out how long it will take to charge an e-bike battery might not be as easy as it sounds, especially for first-time users. Luckily, we are here to help you to figure out how long your battery charge time should be as well as how to do it.

Figuring out how long it will take to charge an e-bike battery depends on several factors including: the type of the cell, the size of the battery, the battery’s capacity, and how the battery is used. The standard time for charging an e-bike battery ranges from 3 to 6 hours for regular charges and 8 to 10 hours when charging it for the first time.

When charging a lithium-ion battery that has been completely drained, expect for it to take about 4 to 6 hours for the battery to get to a 100-percent, full charge. However, cells that already have a partial charge or that have not been fully drained before being charged will take less time to get a full charge. The last hour of charging an e-bike battery is usually to ‘top off’ the cells. As tempting as it may be to stop before this “topping off” process is complete, it is always best to wait until your battery is fully charged.

Also, it is strongly recommended that you charge your e-bike battery for at least 8 hours before using it for the first time  and to make sure the battery reaches full charge for the next two to three charges. Doing this will help to improve the efficiency and durability of the battery cells.

As mentioned in the previous section, always review the manual for the best answer on how long it takes to charge your e-bike battery. 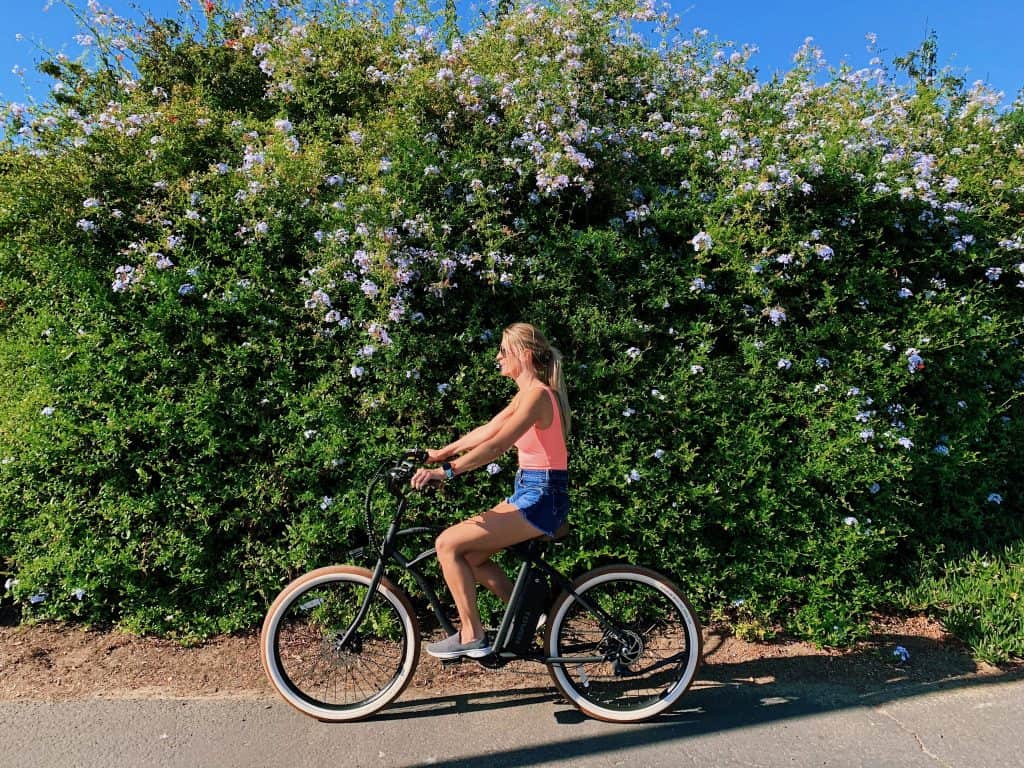 How Much Distance Can You Ride From A Single E-bike Battery Charge?

It’s important to have an idea of how long your e-bike battery can last on a single charge before going on long rides.

There are a few factors that help you determine how much long you can ride from a single e-bike battery charge. When riding at 20 miles per hour (mph) on normal road conditions, a fully charged e-bike battery  can typically last somewhere between 20 to 30 miles.

Consider other factors to more accurately determine how long your e-bike battery can last you. Some of these factors include: the age of the battery, the weight of the rider, the temperature outside, how much pedaling the rider is doing and the speed of the bike when riding.

Some e-bike models features batteries that can charged while it is in use. This feature extends the ride time because it can increase the battery range by 5 to 10 percent.

Some e-bike models, like the Cynergy brand, feature a combination of battery-electric throttle power and the human pedal power to move the e-bike. These kind of electric bikes extend a single battery charge to anywhere between 30 to 70 miles.

For more specific information on how much distance you can ride from a single charge from your e-bike battery, see if it comes with a factory-built range calculator. Some e-bike models come with this calculator to help you know how much distance you can ride with a single charge. If your bike does not come with this feature, you can purchase and add an odometer for e-bikes to help you determine how long your battery will last for every charge.

We recommend purchasing the Shanren Wireless Bike Odometer for its multi-use display and reliability.

This tool can easily be added to your bike and features a large screen. Not only does it display the status of your battery, it also displays the other data of your cycling trip including your total speed, distance, cadence, cycling time, calories burn, and the current time.

This odometer also features an anti-glare headlight for your night-time rides.

The electric bike is an innovative technology that automates the process of pedaling. This development has not only improved the technology of bicycles, but it has also made it much more comfortable and fun for cyclists all around the world.

E-bike batteries are a crucial component. It is among the most vital and expensive components of the e-bike technology. There is a pressing need for you, as an electric bike owner, to care adequately for your bike, and to do this, you must give special attention to its battery. We have discussed some essential tips to help you appropriately charge your e-bike battery for the first time and subsequently in this article.

link to How to Convert Bicycle into Electric Bicycle

It’s clear to see that electric bikes are gaining popularity rapidly around the world and more people are getting the e-bike fever each passing day. While some prefer to purchase a ready-made...

Continue Reading
link to How To Test An E-Bike Battery

The battery is an important component to an electric bike. Modern e-bikes generally use lithium batteries, with others opt for the heavier lead battery. Regardless of the type of battery your e-bike...

We all love electronic bikes! Each one of us at Ebike Newb are biking enthusiasts in one way or another. We strive to be the best electric bike resource on the internet!